Until recently, the Mac Calculator app was on my Dock (Mac’s version of a Start menu). It bugged me tremendously that an entire slot was occupied by a program much harder to use than my 15 year-old TI-34 scientific calculator. 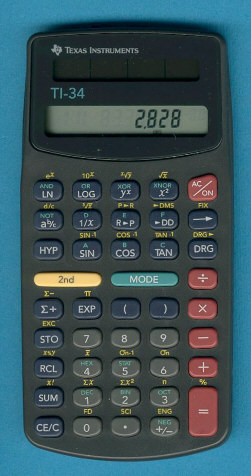 But before removing Calculator from the Dock, I had to make sure its functionality was covered by another program on the Dock. Chrome was an option—Google Search can do standard arithmetic and trigonometry (example) while Wolfram Alpha can do more and with greater flexibility (example). R is also an option.

But for me, both of these are not ideal. I already struggle with the number of open tabs in my browser and it annoys me to startup the R GUI just to do a quick calculation. Since I always have Terminal open, I instead wrote a quick bash script to run R commands from Terminal:

To run, save to your bin folder, then run as a bash script (will work only for Mac and Linux users). The script takes a single R command as its argument (given in quotes or with special characters escaped). For instance, if you saved the script as c (for calculator), then run:

This entry was posted in Productivity and tagged bash, R, Terminal. Bookmark the permalink.

5 Responses to R calculator in Terminal