It is never silent here. It’s taken me two weeks here in the forest to realize that I am constantly immersed in a forest full of animals chittering and chattering, clicking and clucking, cheeping and chirping, hooting and howling. As a monkey person, my ears are “tuned” to react to certain sounds–monkey chirps, monkeys moving, falling fruits, for example–but that makes me wonder what I miss when I lump all other rainforest sounds into one never-ending buzz. There’s a lot of diversity and a lot of mystery in the rainforest. If my ears were “tuned,” say, to the sound of certain rare insects or birds, who knows how different my rainforest experience might be?

The area where I am currently living is referred to as a “hotspot” of biodiversity; one hectare (100 x 100 meter area) of rainforest here is reported to contain, on average, more species of trees than can be found in the entire continental North America. What does this look like on a day-to-day basis? As somebody who can name about ten species of rainforest trees, I normally see the forest as one one dense, homogeneous clutter of trees, just obstacles between me and my monkeys. But the forest is not homogeneous at all and when I finally took time to try to find two trees in view that belonged to the same species, I found that I couldn’t. Pretty remarkable.

It can be pretty tough to know where you are in the rainforest. There are trails here, but except for a few, they are very narrow and can be easily mistaken for random gaps in the rainforest. I get lost all the time. There are certain areas that I recognize better than others, but even after a few months here logging many hours in the forest, I still come across places that seem completely unfamiliar, even in the areas in which I spend most of my time. Luckily, I carry a compass and a GPS loaded with the station trail system; without them, I would never have made it back to camp on several occasions.

Strangely, I have had a remarkable run of recent peccary sightings. Peccaries are wild pig-like creatures and I have seen them, on average, about every other day for the past two weeks. Last year, in contrast, I had two peccary encounters in two months. Yesterday, I saw peccaries on three separate encounters and detected their scent an additional five times. Peccaries smell like, well, pigs but remind me of the smell of pee in the subway or in certain restrooms at Port Authority (I commuted to New York by bus all of last year). I still haven’t gotten a peccary picture, but if these sightings keep up, it’s only a matter of time.

A few nights ago, I was awake later than usual and left the lab to use the bathroom before heading to bed. When I opened the door, I saw what I thought was a mouse scurrying around the bathroom floor. Instinctively, I shut the door and decided to use the bathroom in my cabin before remembering that I was in the middle of the rainforest and that the “mouse,” even if it was just a mouse, was probably something interesting. It turned out not to be a mouse but a mouse opossum, a marsupial, and a cute one at that. I was able to snap a few photos. Figuring the little guy had nowhere to go, I shut the door again and woke a friend to show her, but when we got to the bathroom, it had vanished. Apparently, mouse opossums can climb walls. 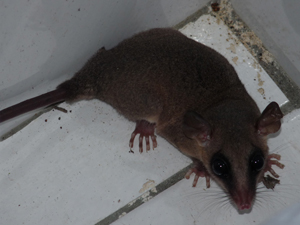 Here are a few other photos taken in the past week or so: 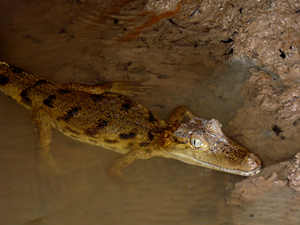 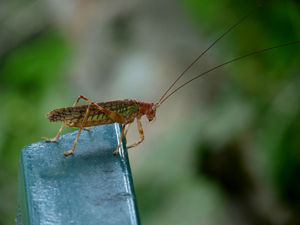 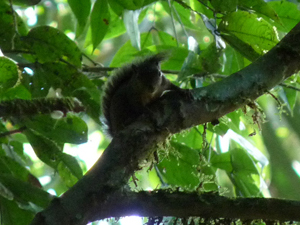 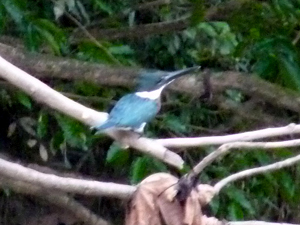 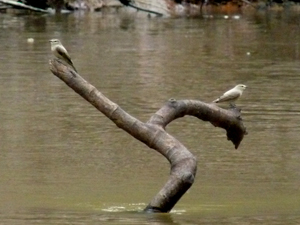 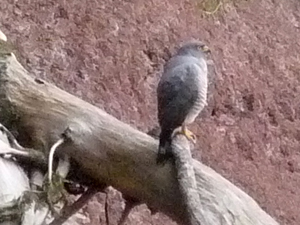 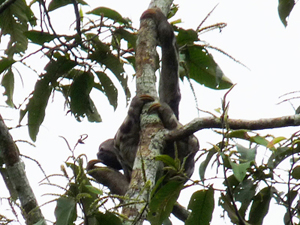 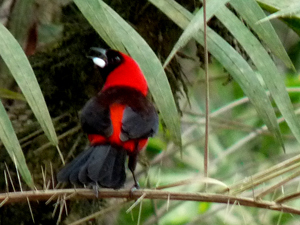 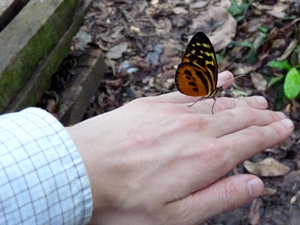 Butterfly chilling on my hand 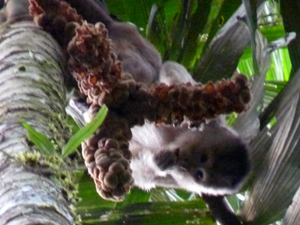 As the only researcher here, I was tasked with giving a lecture to students about the primate project here at Tiputini, which was a little intimidating given that I graduated with a BA only three weeks ago. My lecture ran for a little over an hour and went pretty smoothly. I cannot imagine, however, how professors can string together lectures on a regular basis. After one, I’ve exhausted my supply of topics to talk about and used up all of my good jokes. The highlight of my talk was probably when I tried to pass off as genuine a photoshopped “camera trap” photo of a pink river dolphin visiting a salt lick (mineral deposits that many rainforest animals visit to supplement their diet or to mitigate the effect of certain toxic chemicals). I was able to get off a monologue about the increased predation risks that dolphins expose themselves to on land and the mineral deficiencies in their fish diets before the students called me out. I’m just glad they were paying attention.

2 Responses to Sights and sounds